10 Fashion Events That Defined the Past Decade 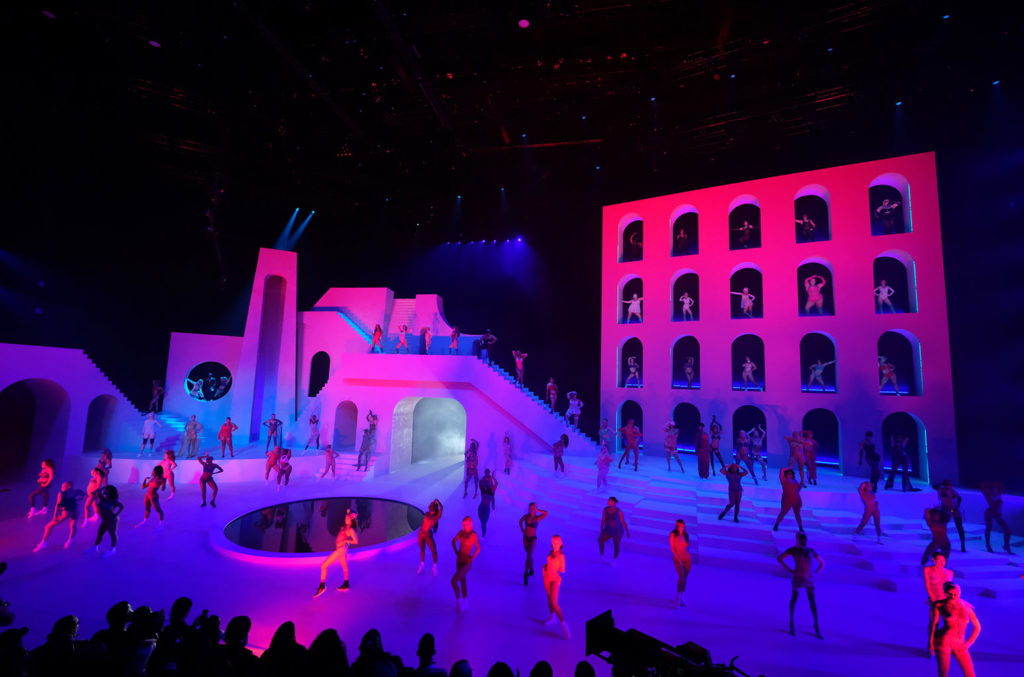 Set to take place on the first Monday of May, celebrities and public figures took to Instagram on May 4th 2020 to share and reminisce on their favourite MET Gala looks – fashion’s biggest night out was cancelled this year due to the global pandemic. In fact, due to the Coronavirus outbreak and countries across the world being on lockdown, almost every major fashion event in 2020 has been cancelled or postponed. Sporting and music event such as the Tokyo Olympics and Coachella have also taken a hit.

These events within the fashion calendar hold significant importance, set and solidify future trends and can unexpectedly turn out to be defining moments of the decade. Take the actors who unified together to wear all black and white roses at the 2018 Grammy’s to show solidarity in the Times Up movement or Angelina Jolie’s right leg from the 2012 Oscar’s that became a legendary meme.

We decided to take a look back at 10 of the most memorable events from the past decade from our favourite looks, to how the fashion industry is evolving.

Arguably THE most important event in the fashion calendar, the MET ball is an annual fundraising gala for the Metropolitan Museum of Art’s Costume Institute in New York City, organised by Vogue’s Anna Wintour. This year, the theme was ‘About Time: Fashion and Duration’. Katy Perry took to Instagram to show what she would’ve been wearing, which was a tribute to Madonna’s cone bra that emphasised her baby bump.

Some memorable looks from previous years have included Rihanna’s canary-yellow cape by designer Guo Pei for the 2015 ‘China: Through The Looking Glass’ theme, along with Lady Gaga’s extravagant performance reveal last year for ‘Camp: Notes on Fashion’. 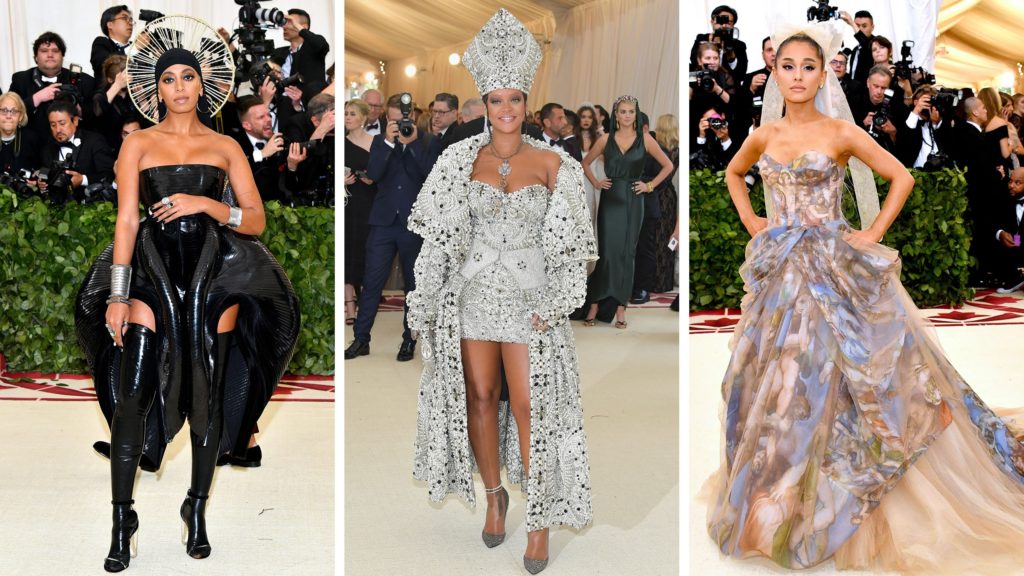 Rihanna’s lingerie line Savage x Fenty, like many of her other ventures, was a disruption and wake up call to the traditional market. While it was once the annual Victoria’s Secret fashion show that dominated the lingerie industry, the show had been slow to embrace diversity and has since been cancelled following public backlash. On the flipside, Rihanna’s show celebrated ‘fearlessness, confidence and inclusivity’ and focused on showing pieces through a female lens. The show also included performances from rappers Migos and A$AP Ferg, as well as Savage x Fenty’s first ambassador, Normani.

Another disruptor within the fashion industry, Kanye West showcased his first Yeezy collection in 2015, which featured 50 models of varying heights and sizes in a collaboration with Adidas. Despite the controversy around the clothing when it first launched, it’s easy to see Yeezy’s influence in the current loungewear boom that is dominating current fashion trends – from bike shorts to the tonal beige hues that characterise the Yeezy style. 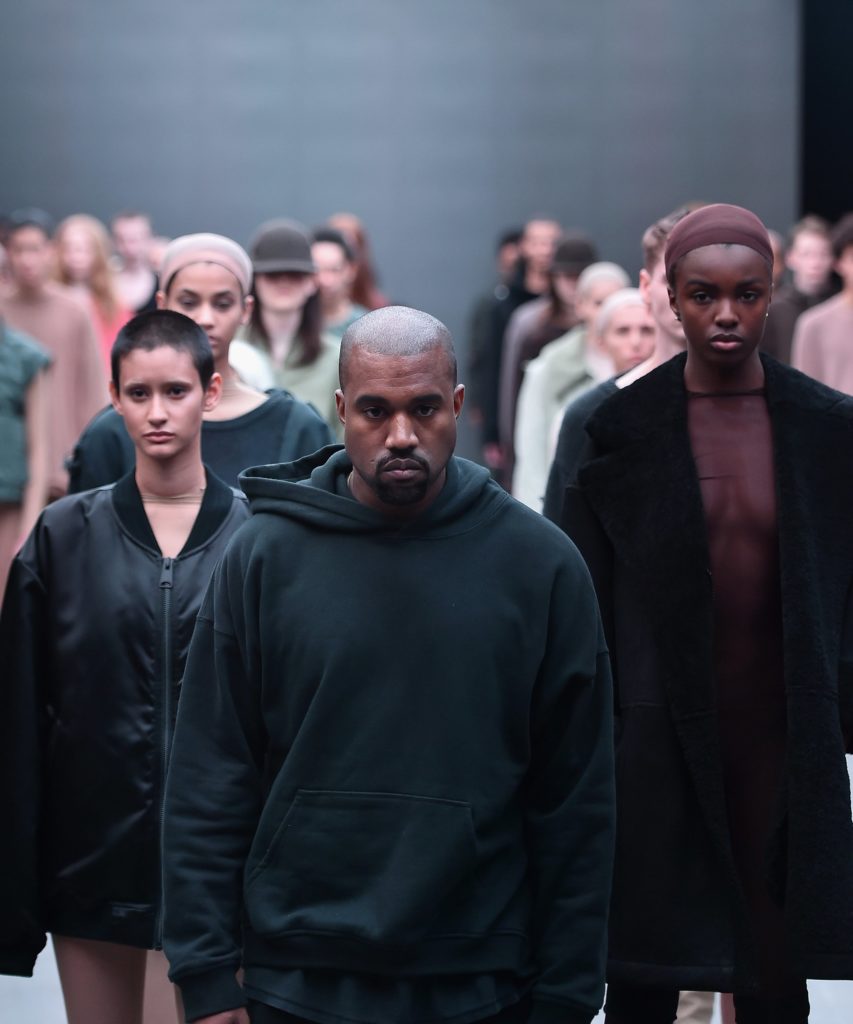 Fashion shows have created some of fashion’s most iconic moments, from Chanel’s extravagant displays featuring makeshift spaceships and supermarkets to the ‘We Should All Be Feminists’ statement slogans at Maria Grazia Chiuru’s first show for Dior. But aside from the runway, this decade has also seen the birth and rise of the influencer, who can now be spotted sitting alongside journalists front row and even on the runway, at Dolce & Gabbanas Fall 2017 show.

The world is looking at TikTok for the next generation of influencers for Gen Z and luxury brand Prada were quick to invite the platform’s most popular star Charli D’Amelio to its Fall 2020 show. The creator, who was dressed by Prada for the event, was also enlisted to create video content with some of the models for her own account. Luxury fashion’s acceptance and inclusion of social media stars is a huge step for the industry in embracing social channels and harnessing the power of the influencer. 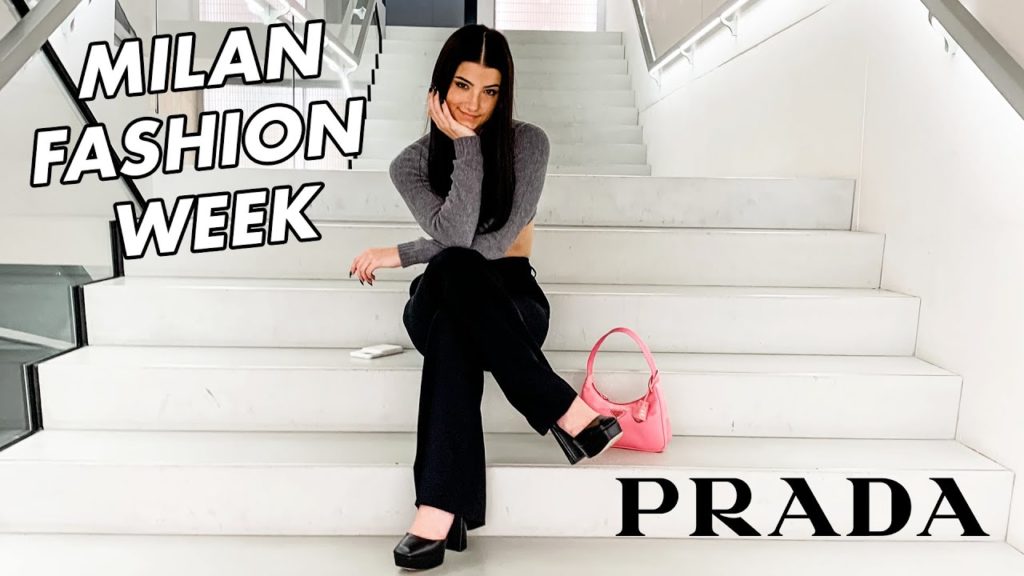 At the 42nd annual Grammy Awards in 2000, Jennifer Lopez stole the headlines wearing a barely-there Versace jungle print dress which became the most searched for dress on Google, subsequently inspiring the invention of Google Images. 20 years later, JLo closed the Versace Spring 2020 runway wearing a re-creation of ‘that dress’ which sent social media into a frenzy. 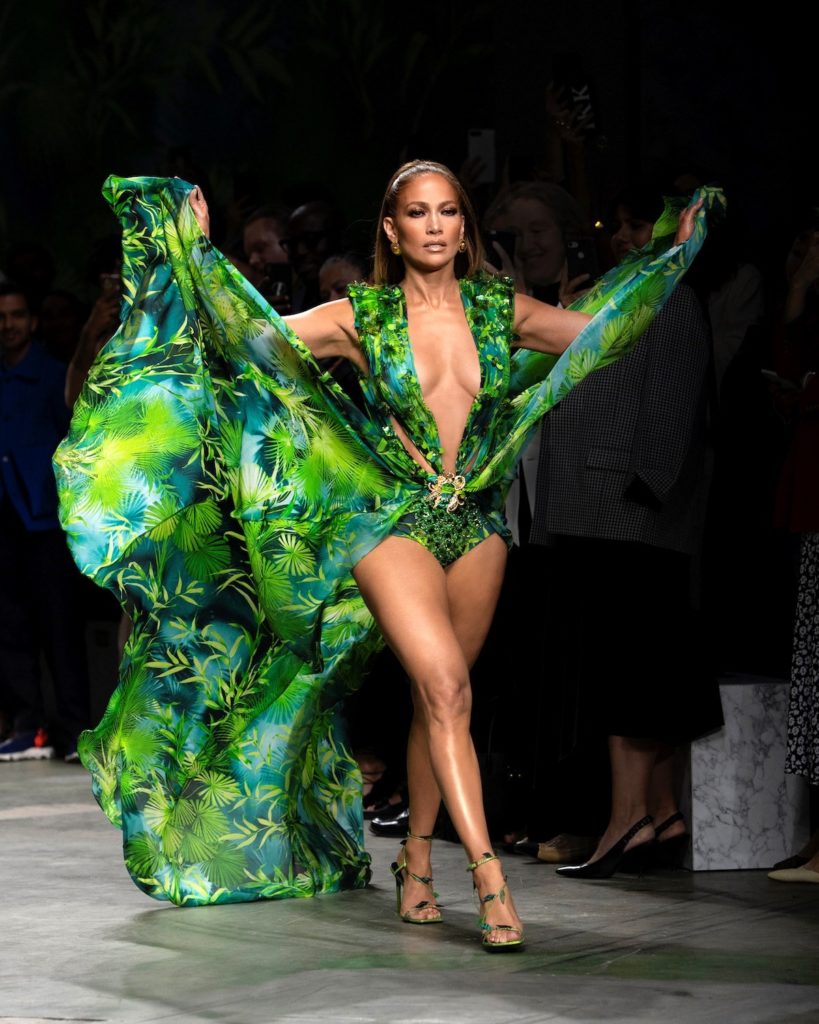 The majority of film award seasons take place between November and February in the United States. The red carpet provides some of the biggest fashion moments for celebrities, with stylists who work tirelessly with their clients to dress them in iconic designer looks that help to shape next seasons trends.

Angelina Jolie’s right leg quickly became one of the most unexpected viral memes from the Oscars. Wearing a black, thigh-split Atelier Versace gown, her leg even had its own Twitter account set up called @AngiesRightLeg that had over 26k followers. 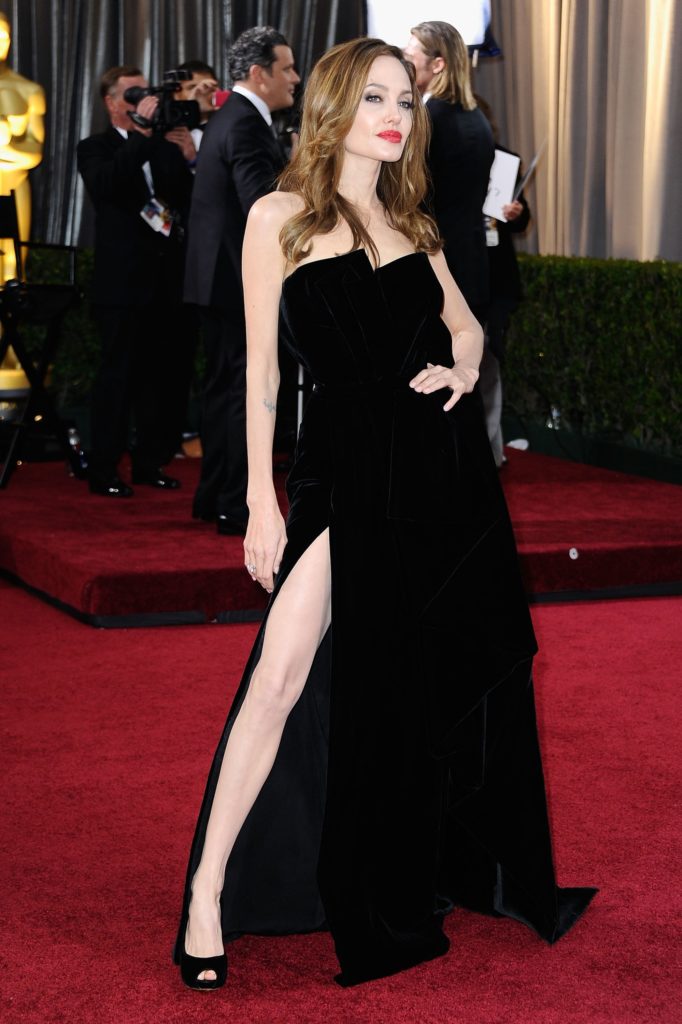 Who can forget Rihanna’s see-through Swarovski dress and headpiece that the singer wore when she won the Style Icon Award. As RiRi said herself that night, ‘You will never be stylish if you don’t take risks’. 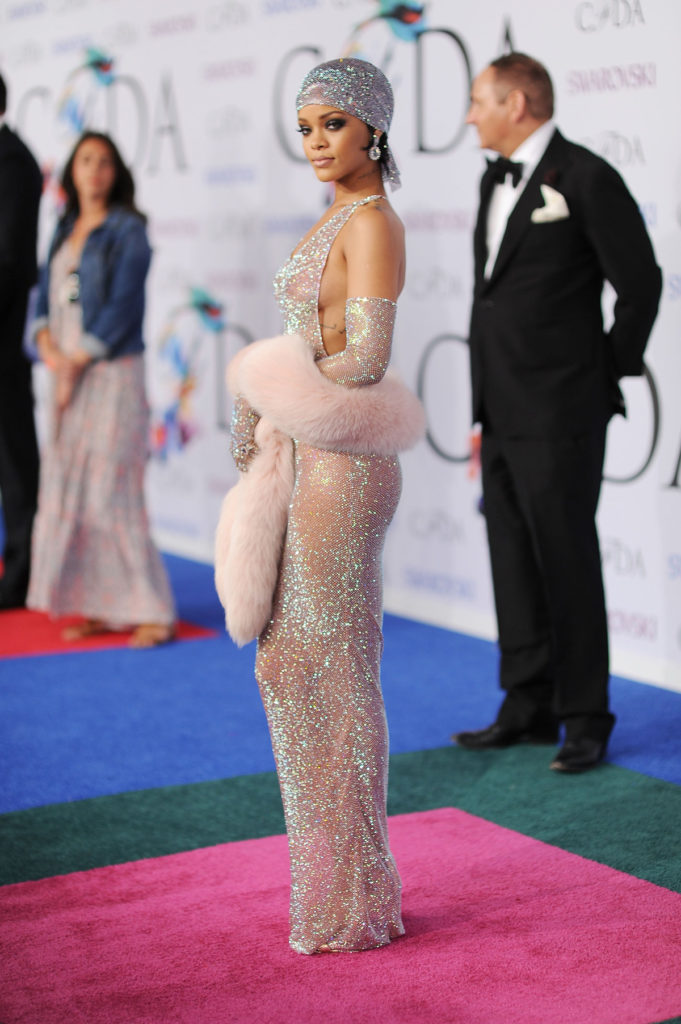 More than just an occasion to get dressed up, the 2018 Golden Globe Awards showed how fashion can be used for political change. Almost all women who attended the awards ceremony took a departure from their usual bright looks and wore all-black as a sign of solidarity for the Times Up and Me Too movement. 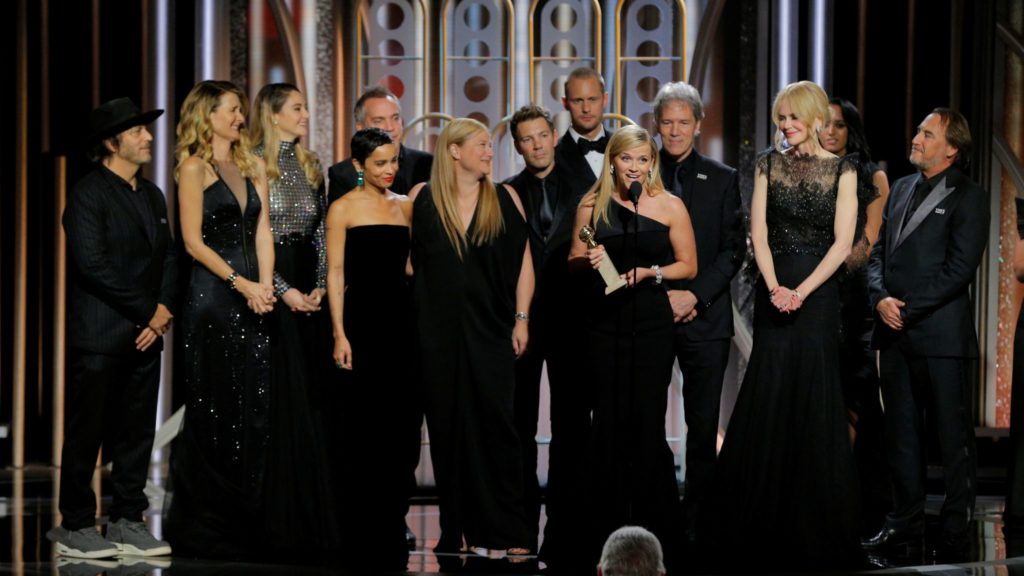 Fashion and music have become increasingly more intertwined throughout the years and music festivals from Glastonbury to Coachella have been places where both attendees and performers showcase their style and extravagant looks.

Beyonce’s Coachella performance was an iconic celebration of black culture, with the singer being the first black woman to headline the main stage, and the details were not to be missed in her stage outfits either. Olivier Rousteing, creative director of Balmain, custom-designed all five of Beyonce’s performance outfits, which included a chest crest that featured a black panther, queen, clenched fist and a bumblebee.

Finally, the Megan effect has been well and truly felt worldwide when the former actress married Prince Harry in May 2018. Wearing a Givenchy dress, designed by creative director Claire Waight Keller, the Duchess of Sussex has an unrivalled ability to create instant sellouts with the clothes she wears and even more importantly, has sought to empower women and champion equality. 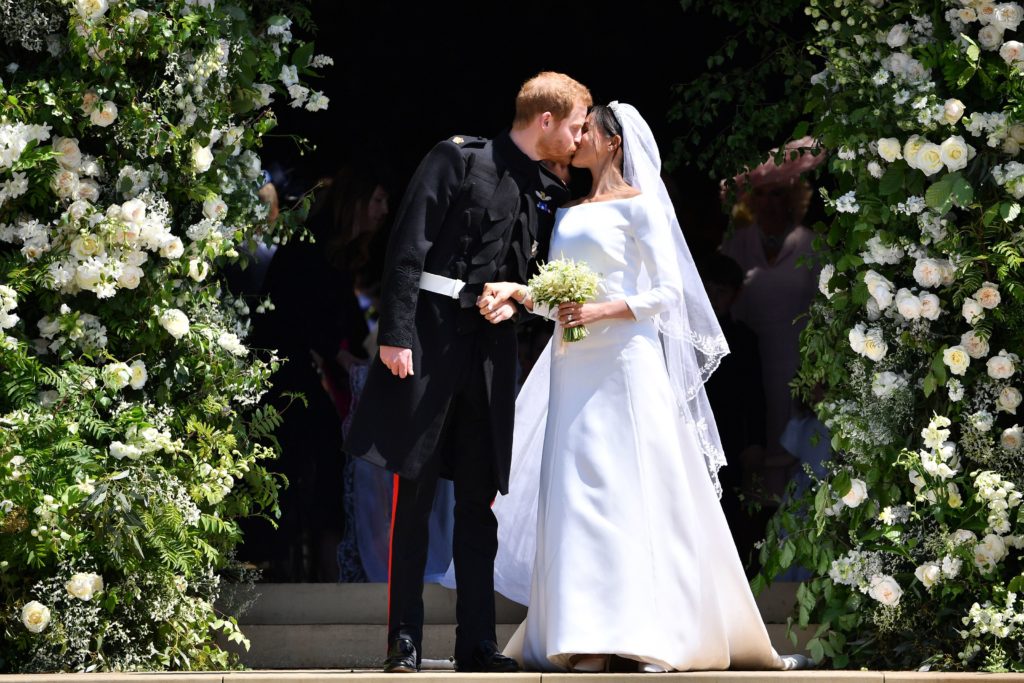 So whilst we may not see any major fashion events in 2020, it will be interesting to see how the fashion industry and events seek to evolve and adapt. COVID-19 has accelerated the use of new technologies and pushed designers to re-consider alternative and sustainable practices that will significantly impact the industry and world beyond.

What have been some of your favourite fashion moments from the past decade? Share them with us in the comments below!

I don’t Read Vogue, Is That Wrong?