A Guide to Trend Forecasting Sources 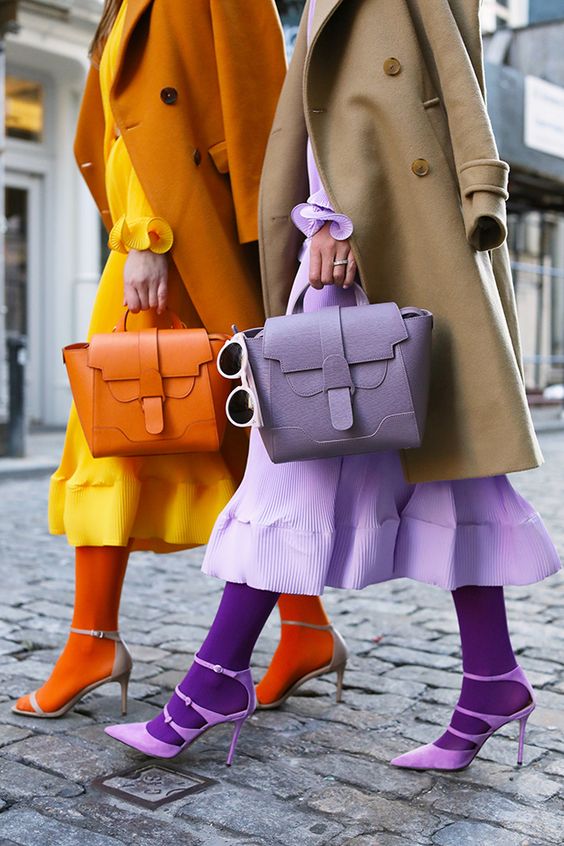 Trend forecasting is one of the many hidden roles that keep the proverbial wheels turning in the fashion industry. I liken my work as a trend forecaster to a dot-to-dot puzzle, where it’s my job to join the dots to reveal a trend. I sift through trend forecasting sources, research data and market intelligence. Then, keeping my target market in mind, I curate key themes for the season and connect the dots to identify a future trend. Trend forecasters typically work at the very beginning of the process, often times 18 months to two years ahead of the current season. Forecasters use a number of resources to inform their predictions, here are a few of them.

From Top to Bottom and Back Again

The Devil Wears Prada isn’t always the most accurate fashion reference, but it comes in pretty handy when talking about trend forecasting sources. Cast your mind back to the scene where Miranda explains to Andy that the cerulean blue of her sweater was not an accident. It had been chosen by Oscar De La Renta in 2002 when he sent gowns in that exact colour down his runway. This led to what is known in the fashion industry as a ‘trickle-down’ effect. The trickle-down begins when a number of designers feature a look, colour or design detail during their shows at Fashion Week. In turn, editors and stylists will incorporate the detail into their fashion editorials the following season. These will then influence what you, as a consumer, will wear.

This can also happen in the reverse as a ‘trickle-up’ effect. Most recently, Gucci’s Creative Director Alessandro Michele paid homage to a jacket designed by Dapper Dan. A Harlem couturier infamous in the 1980s for reprinting the logos of Gucci and Louis Vuitton. His designs were worn by the biggest hip-hop stars of the day, including LL Cool J, Eric B and Rakim. Michele and Dapper Dan have since collaborated on a collection and Dapper Dan’s logo-centric looks are at the centre of style this summer.

Worth Global Styling Network (WGSN) is the fashion industry’s biggest resource for trend analysis, ‘offering the tools and expertise to…[help brands]… reduce risk while enhancing creativity’.  WGSN is a subscription-only platform that reports on trends impacting the fashion industry, from the seasonal catwalks to beauty tech innovations and sustainability. This trend forecasting source also offers a seemingly limitless image library of everything from Copenhagen street style to extreme floral headpieces. The latter are sure to start trending again, thanks to both Beyoncé and Rihanna donning them on the US and UK Vogue September covers.

As a trend forecaster I can’t be everywhere and see everything, so tapping into a platform like WGSN helps me keep up-to-date with an ever-evolving fashion landscape.

Alongside online sources, trend forecasters also utilise Trend Books produced by trend consultancy agencies. The bi-annual dossiers act as a guide for the season. Trend Books identify key themes – such as 80s Street – and outline the key colours, looks and fabrics that sit within this trend. Agencies to remember include Trend Union, Peclers Paris, Nelly Rodi, Scout and Promostyl.

Trend forecasters have to spot a trend before it truly emerges. Success depends on being well informed and using instincts to take action in advance. Shortly after Prince died in April 2016, I felt in my gut that the colour purple would trend due to its close association with the singer. As I expected, purple started to appear on the runways of Versace and Balenciaga that September. Then, in December 2017, Pantone announced its colour of the year as Ultra Violet, which they described as a hue that “…. communicates originality, ingenuity, and visionary thinking”. Much like Prince himself.

Trend forecasting works a little differently at the major luxury houses. Luxury forecasters are tasked with sourcing original imagery rather than using the standard resources. Forecasters will take inspiration from established or new-gen artists, researching the work of photographers, sculptors, scientists, filmmakers and even philosophers. Miu Miu’s Fall 2018 collection, for instance, was influenced by Karlheinz Weinberger’s Swiss Rebels. A  collection of images capturing rockers and greasers in the 50s and 60s.

Houses with a long history in fashion will also mine their archives to inspire their collections. As a forecaster, you may be lucky enough to work for a house with a rich heritage, think Céline or Balenciaga, you may have the opportunity to visit their archives. This could be to inform an entire collection or simply to identify a new detail for a collar.

Geraldine Wharry of Trend Atelier breaks trends into two categories: Macro “ lasts up to 5 to 10 years” and Micro “a short-term development that lasts up to 3 to 5 years”. There are also seasonal and flash trends that happen with more frequency due to the proliferation of apps like Instagram, which have become trend forecasting sources in their own right. The Insta effect, in particular, has enabled brands, such as Pretty Little Thing and ASOS to tap into flash trends and produce looks with the rapid frequency their Gen Z customers expect.

There are a number of books and courses on Fashion Trend Forecasting, so if it is something you have always wanted to learn about, there is no time like the present to use trend forecasting sources. While you may not have access to Chanel’s archive or a WGSN subscription, you can find inspiration anywhere. Magazines like Vogue and Elle are a given, but some of the best directional imagery can be found in independent titles such as Dazed, Love Magazine, Dansk and Another Magazine. Blogs, Tumblr and Instagram are also good starting points to gather initial research and spot patterns. The skill of forecasting is honed through seeking out connections between fashion, art, culture and design.

5 Simple Ways to Stand out in Meetings

Well-dressed and Cashless: Is Fashion a Total Injustice?

The Conversation that Forced my Career Progression