This isn’t the point but: Doesn’t this model looks like Tyra Banks in the 90’s?

The week commencing Monday 13th Feb is emotionally significant for many reasons:

For me, during the second full week, of the second month of the year, I pledge my utmost best to uphold the few resolutions that remain unbroken. The main one being to actually give a shit about Fashion Month again. You know, the 4 weeks in Feb and September, in which top editors, influencers, buyers and stylists lament about the torturous travel between New York, London, Milan and Paris – 4 of the best cities in the world. How awful!

I’ve tuned into the live streams, caught up on the Man Repeller ‘one sentence’ show reviews and glanced at the schedule for shows to come. A very good start, if I do say so myself. The designers said to be at the helm of the ‘New’ New York Fashion Week are scheduled to show in the latter half of the bi-annual spectacle. I’m personally looking forward to seeing, via Macbook Pro, Rosie Assoulin and Yeezy Season 5 (here are the predictions).

…And Proenza. No matter how far down my feelings towards Fashion Week slump, what’s remained a constant is my love for Proenza Schouler!

First spotted on the shop floor whilst I worked summers in Harvey Nichols, Proenza Schouler was nothing more than a brand I struggled to enunciate. Re-introduced during a University NYFW round-up class – Not only was I taught the correct way to pronounce ‘Schouler’ (school-ah), but immediately fell for the personality of the designers. There was no pretence whatsoever, just 2 guys with passion, talent and a growing business.

Many years on, the romance heightens, made even more exciting through the possibility of an IRL Parisian rendezvous since Proenza announced a cancellation of further NYFW shows. “Damn!” I thought, “Just when I was getting back into Fashion Week”. But, excitingly what’s to come is an alignment with the January and July schedule, alongside the decadent couture shows in the city of love.

The announcement was made on the brand’s instagram page, followed by a detailed breakdown for the reasons resulting in the schedule shake-up. If you’re against the whole ‘essays of Instagram’ style captions, I’d urge you to grant Provenza an exception on this occasion. Why? Because as much as we have BOF, Draper’s and other fashion news outlets, the majority of us still don’t really understand what the hell is really going on in the fashion industry.

We simply want some answers – truthful ones at that! And that’s exactly what Proenza’s given us. The men behind the brand took to Instagram to explain, in great detail, why the uproot from New York is crucial for the brand, the wholesalers (department stores) and the customer: 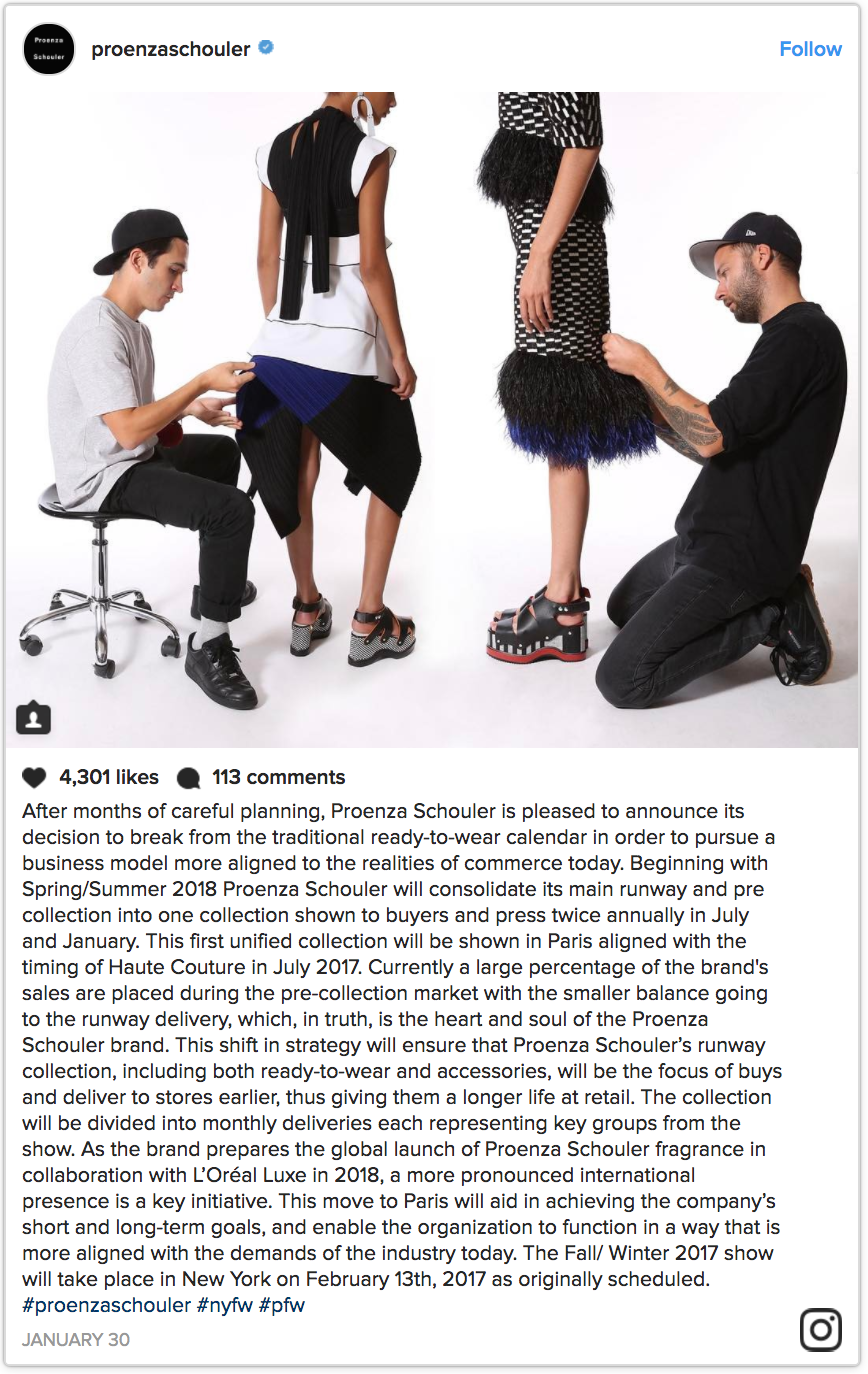 The crux of the statement read:

“Currently a large percentage of the brand’s sales are placed during the pre-collection market with the smaller balance going to the runway delivery, which, in truth, is the heart and soul of the Proenza Schouler brand. This shift in strategy will ensure that Proenza Schouler’s runway collection, including both ready-to-wear and accessories, will be the focus of buys and deliver to stores earlier, thus giving them a longer life at retail. The collection will be divided into monthly deliveries each representing key groups from the show… a more pronounced international presence is a key initiative. This move to Paris will aid in achieving the company’s short and long-term goals, and enable the organization to function in a way that is more aligned with the demands of the industry today.”

“Ah, it makes sense” was my immediate thought upon hearing the news. I enjoy fashion so much more when it’s open and makes ‘insider’ information accessible, granting the consumer the option to learn more and love more. We now know that Proenza’s move is within the best interest of all parties involved and is now perfectly understood by the people that may not have purchasing power, but equally enjoy the brand. I only wish others, such as Victoria Beckham, were more unrestricted in explaining why they’ve pegged certain fashion capitals over others and why certain business moves are actually made.

With all the changes happening in fashion, it’s possible that open conversations between consumers and designers is something we can expect in the near future. But as for today, I look forward to watching Proenza Schouler’s very last New York Fashion Week show, streaming live here at 6pm GMT.

Does Fast Fashion Have A Place at New York Fashion Week? 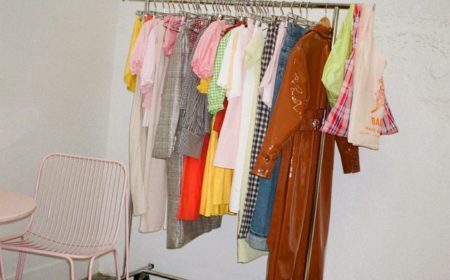 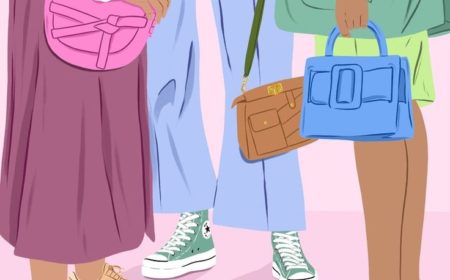