Does Fast Fashion Have A Place at New York Fashion Week? 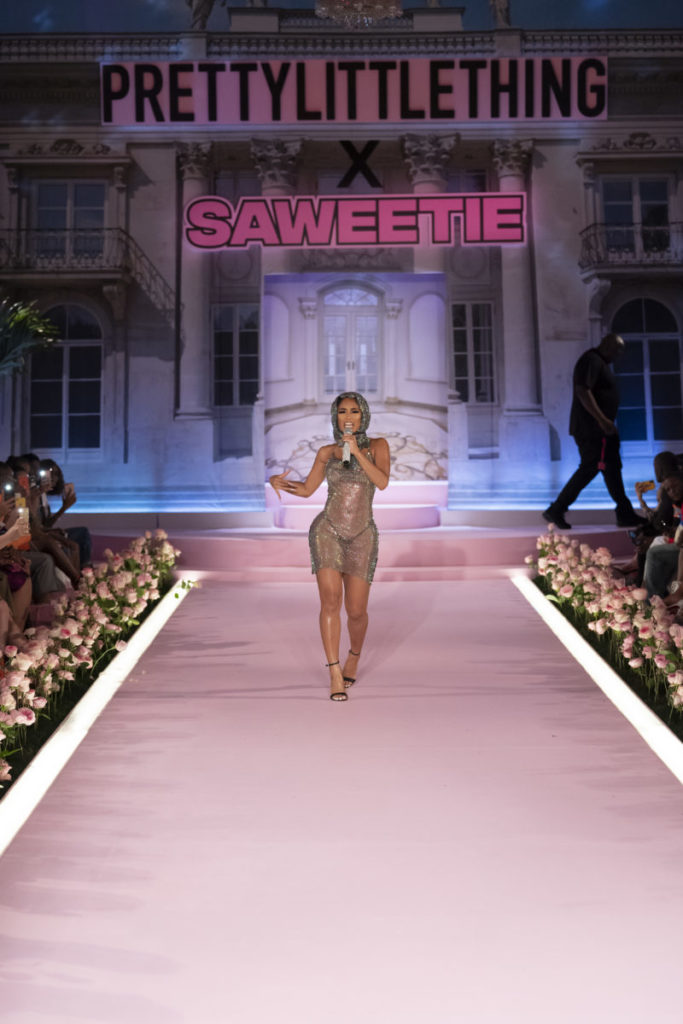 Fast-fashion darling, PrettyLittleThing recently made its debut at New York Fashion Week to launch the brand’s newest collaboration with California Rapper, Saweetie. Although the show featured poorly disguised lip-synced performances, models desperately trying to avoid wardrobe malfunctions and an obvious lack of rehearsal time, we cannot ignore the importance of this show for the brand. The New York location, inclusive casting and star-studded guest list made it clear that this was a truly monumental moment for Pretty Little Thing.

The Pretty Little Thing show signified a key strategic move for the brand in terms of growth. Bucking the current downward retail trend, PLT continues to see its revenue grow; raking in £374 million last year. Founder, Umar Kumani has made it clear that global growth is a key strategy for the brand and a US presence is a big part of that strategy as America is currently the world’s largest fashion market. After laying foundations on the West Coast, through a lavish LA launch party and the opening of an LA office, the brand has now set its sights on the East Coast. Showing a collection during New York Fashion Week is not only a key move to establish itself on the US’s East Coast; aligning itself with a major International Fashion Week also exposes the brand to a global market.

Last night was a DREAM COME TRUE 💖🦄 Our very own runway at NEW YORK FASHION WEEK 😱 🍭💎 PrettyLittleThing x @saweetie is LIVE and it’s our BADDEST EVER💥🙌 Link in bio 👆 P.S. You DON’T want to miss our story RN 💘 What’s your fav LEWK!?

A post shared by PrettyLittleThing (@prettylittlething) on Sep 9, 2019 at 6:34am PDT

The show also represented Umar Kumani, the brand’s CEO’s disruptive ambition to “bridge the perception of fast-fashion brands in a world of high-end fashion.” The brand chose to stick to its fast fashion roots, with all the pieces in the catwalk show retailing for less than £40, amongst a show schedule where designs are sold for thousands of pounds. In taking this bold step, Pretty Little thing has managed to dip its toes into the high-end fashion arena without alienating its core customer base. This is a particularly clever strategy in a difficult retail climate where fast-fashion high street brands are struggling to remain in business. Pretty Little thing will be able to capitalise on the buzz created by NYFW whilst actually receiving a return on investment as their existing customer base will be able to afford the catwalk pieces.

Continuing the theme of disruption, the show has been touted as a major win for inclusivity. The fashion industry is known for excluding plus-size models and models of colour so, as a brand that is very vocal about its stance on inclusivity, it was only right that their first catwalk show would reflect one of its core values. PLT cast models of all shapes, sizes and skin tones reinforcing their stance on inclusivity and diversity. This point was further highlighted by sending pairs of different sized models down the catwalk in the exact same outfit making it clear that fashion should be for everyone as it is at Pretty Little Thing.

The brand’s collaboration with Saweetie and a front row full of recognisable faces only added to the buzz surrounding the show. Models strut down the catwalk whilst hip-hop icon Lil Kim, R’n’B sweetheart Ashanti, popular rapper Quavo of ‘Migos’ and, of course, Saweetie herself all performed. This music festival-cum-fashion-show vibe really transformed the show into a multi-faceted experience rather than a simple showcase. In keeping with its celebrity-focused marketing strategy (the brand’s success can largely be accredited to its long list of celebrity collaborations), key figures in pop culture and trendy influencers such as Paris Hilton and Molly-Mae Hague were also sat front row.

With this NYFW display, Pretty Little Thing have bulldozed their way into an arena that is usually reserved for the most revered designers with a perfect display of the brand’s existing strengths and values. They demonstrated their ability to deliver on-trend, instagram-able products that appeal to their target market’s taste whilst also responding to topical social values such as inclusivity and leveraging celebrity influence for maximum exposure. Although they were not on the official NYFW schedule and probably won’t be featuring in Vogue any time soon, The Pretty Little Thing show certainly put the brand firmly on the map – securing them a win in their books.