The Best Fashion Advice from The Junior Network Launch

EVENT DIARY
A little help and guidance from our fashion experts. 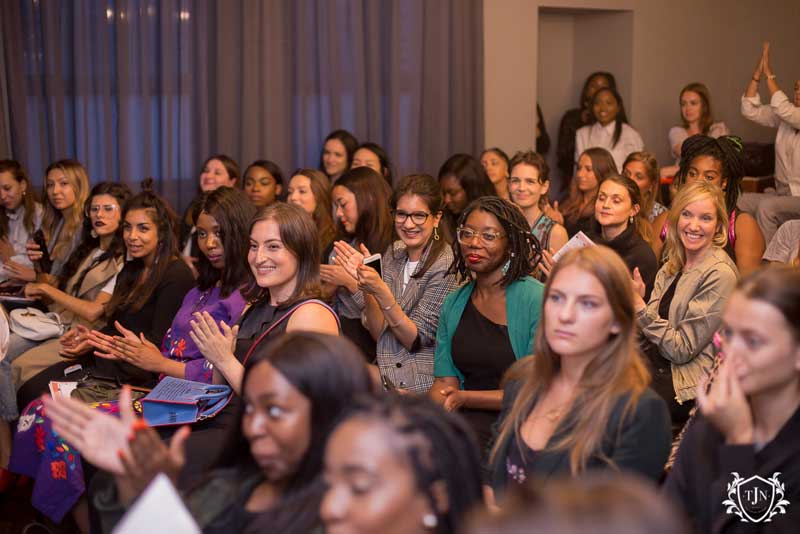 If you missed the launch of The Junior Network,

you won’t want to miss this!

One week ago today, we brought together 5 of my favourite names in fashion and an audience of 50 junior professionals from companies such as Burberry,  Net-a-Porter, ASOS, Farfetch, New Look, Browns, Topshop, Matches Fashion, Jimmy Choo and more, to launch a project we’ve been working on for months! I am very proud to announce that THE JUNIOR NETWORK, fashion’s first member’s club for entry-level employees, has officially launched!

I am very proud to announce that THE JUNIOR NETWORK, fashion’s first member’s club for entry-level employees, has officially launched and will be accepting applications until Friday 11th August!

To celebrate the event and for anyone who wasn’t able to grab a ticket or watch the live stream, we’ve put together the BEST fashion advice from our panel of industry experts!

“I started at Harpers Bazaar in New York, in the fashion cupboard, looking after accessories and it was the best place to start!” – Clara Mercer

“When I was an intern, I was given the most boring data entry jobs. Yet I still made sure that I worked late and gave it my all. If I saw a department that I liked or looked more interesting, I’d go and see if they needed a hand and I became very indispensable. That’s how my career progressed.”- Pip Jamieson

or being a billy-no-mates at a party and having someone come over and chat to me.

Slowly but surely I’ve risen through the ranks with these people and we’ve always supported each other since.”

“There was a crew of designers about 10 years ago in London, who were very instrumental in the success of London Fashion Week and they shared everything. They shared models, contacts, information and even fabrics. They really built up a crew and that’s so valuable.” – Clara Mercer

“Someone recently told me that you’re the average of the 5 people you hang out with most and that’s a good thing to bear in mind. Surround yourself with the types of people you want to become.” – Pip Jamieson

“I started off at Tatler and that’s where I found out what I really DIDN’T want to do – which was styling.” – Alice Casely-Hayford 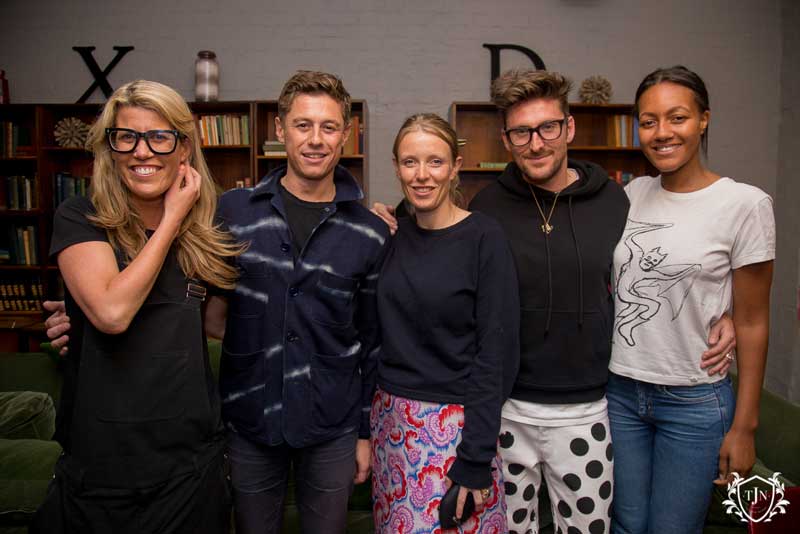 “Over the years at the BFC, we’ve done trips abroad with big groups of designers and the comradery has been amazing! If you’re trying to promote yourself internationally, you can make a much bigger impact as a group.” – Clara Mercer

“Careers have become a lot more fluid, we no longer work exclusively in one industry. Fashion, film, food are all merging into one. I like the idea of a career being very fluid.” – Pip Jamieson

“You should have a network of people that you trust from different disciplines that you can learn from as you progress.” – Clara Mercer

“You don’t come into fashion because you want to make a tonne of money. You have to be in it because you love it. There’s no other reason to be in it.” – Adam Shapiro

“Interestingly, we’re seeing a lot of designers coming out of university now and forming big collectives to support each other.” – Clara Mercer

“It’s a like-minded industry of clothes and creativity, I don’t know why it has this bad rep of big ego’s

because that’s a lot more old-school and it doesn’t really happen like that anymore.

The yelling lunatic editor is a thing of the past.”

“My fashion friends help each other get new jobs, make introductions to new people and recommend each other for projects. That’s how we’ve all got to where we are now.” – Alice Casely-Hayford

“It’s important to decipher who are your real friends in fashion. You may only have surface relationships with people and that’s okay too.” – Adam Shapiro

“It’s really important to have friends outside of the industry so that you don’t take yourself too seriously and have some perspective on everything.” – Alice Casely-Hayford 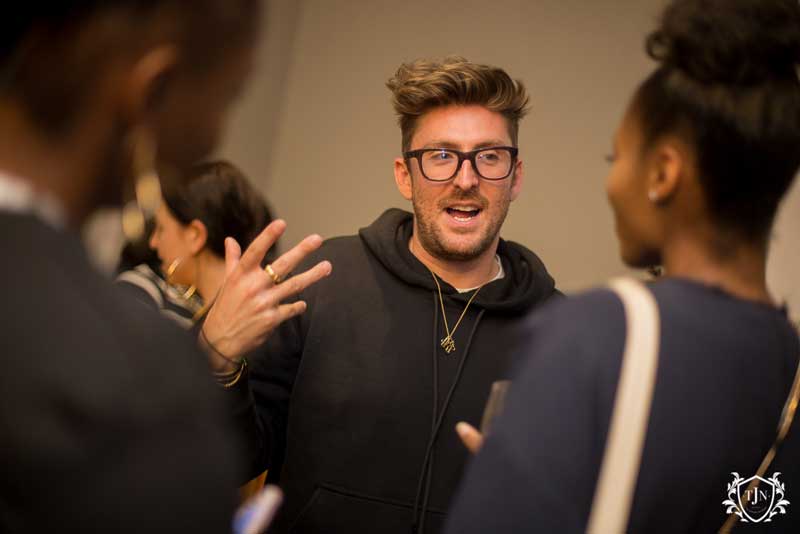 “Attracting the right kind of fashion circle depends on who you are as a person.

“Don’t misinterpret you needing someone to sit in the front row of your show as a friendship. Friendships are much more than just inviting people to things.” – Clara Mercer

“Fashion is all about opinions. One person will love it and someone else will think it’s a piece of shit! Surround yourself with people whose opinions you value and whose input you trust.” – Henry Holland

“The more networking you can do and the bigger group you can connect with, the better!” – Adam Shapiro

“Despite what you think, people in fashion really do support each other. When you move as a crew you’re so much more powerful.” – Henry Holland

“It’s so important to have like-minded people with similar passions to support you.” – Alice Casely-Hayford

“One thing I’ve learnt is that when you find yourself in a room with very senior people you have to seize that opportunity because it doesn’t happen all the time. When I was 22 and had only been working at KCD for 2 weeks, I was sent to Milan fashion week to see Versace – I met Donatella, I went to dinner with the editor-in-chief of Harpers Bazaar US. In those moments you have to try and hold your own, introduce yourself and join in the conversation.” – Adam Shapiro

“Don’t let opportunities pass you by, if you get the email from someone, use it! If you get the introduction to somebody, follow up on that. It’s really easy to say “Oh I met them” and let it lie. It’s really hard, yet worthwhile to keep the momentum going!” – Adam Shapiro 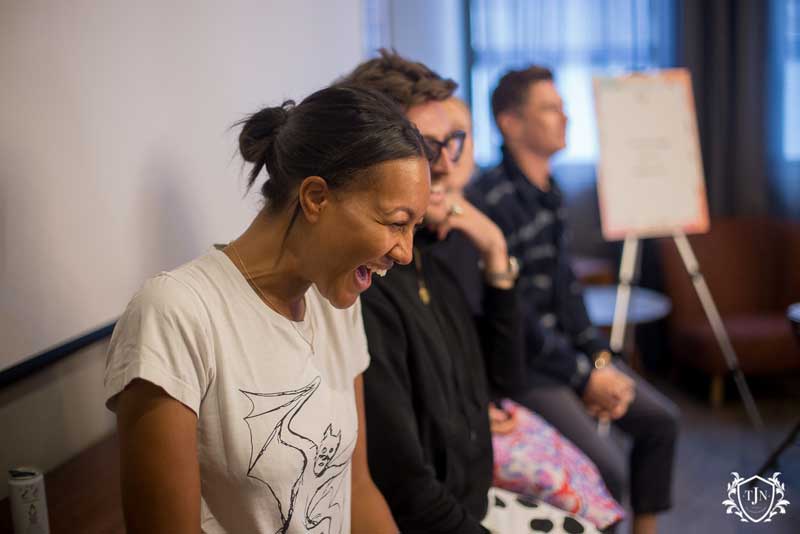 “It was very early on in my career that I found a lot of my best friends and they still are today!” – Henry Holland

“I used to go out a lot and clubs like Boom Box have had a massive influence on my career. Every Sunday in London you could go to Hoxton Square and see 50% of the same people that were on the London Fashion Week circuit. There was a lot of authenticity around the relationships I built up at that time.” – Henry Holland

“In New York, you’re trained to be responsive, quick on emails and take your work very seriously! I’ve seen people lose their minds over very simple things but it’s how the work ethic is over there. That helped me learn very early on that everything and every moment counts. You have to stay on top of it!” – Adam Shapiro

“I find the quality of the work life balance in London to be better than New York. London is that mix of getting the work done but not killing themselves to do it.” – Adam Shapiro

“Bouncers and security are the best people you can know. They work all the same parties and if you know them then you can blag your way in.” – Clara Mercer (Followed by Adam who told us that there are only 2 bouncers in London, 2 in New York and 1 in Milan).

“New York is a lot more competitive because, if I’m honest, there’s more money in the system there compared to London. It’s a bigger market and there are larger budgets to work with. The city plays less into London fashion than wall street does for New York fashion.” – Adam Shapiro

“I find London to be friendlier than New York within fashion.” – Adam Shapiro

“We have a rule at work that helps us work smarter and not necessarily harder: If you make it easier than do and if you don’t need to do it then don’t do it. It’s that simple!” – Clara Mercer

“If you see inefficiency in a business that you work in don’t be quiet about it.

“I have a no arsehole rule at work and nobody can work later than 6pm.” – Pip Jamieson

“I feel very lucky to now be working in a company where there are so many women – 98% women! Everyone is under 35 and they’re all amazing, hard-working women who are also my best friends. Going into work every day is genuinely fun.” – Alice Casely-Hayford

HAVE YOU GOT WHAT IT TAKES?

“We’re all ambitious but you need to set yourself apart.” – Alice Casely-Hayford

“Excellence in this day and age is what stands out head and shoulders above everything else! Don’t do things badly! Don’t be crap.” – Clara Mercer

“You grow up with your peers and before you know it, everyone you know is an expert at something – investing in your network is powerful.” – Clara Mercer 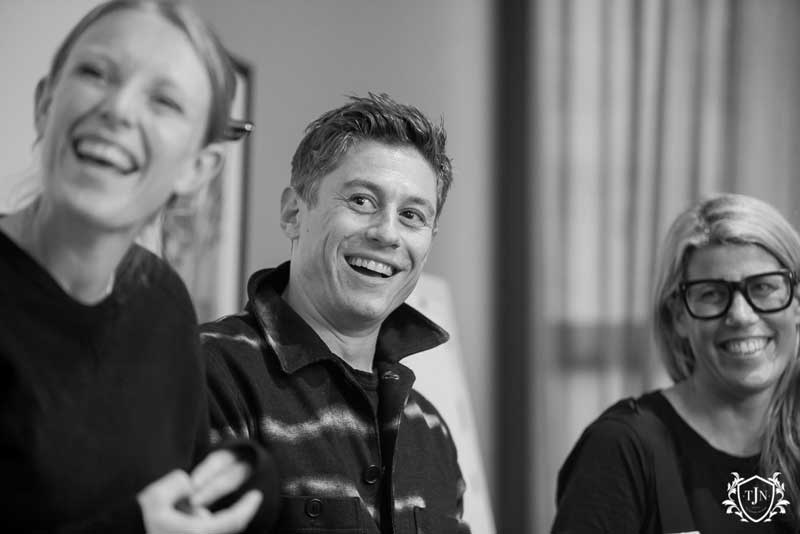 Comment below and tell us what you thought was the best fashion advice from the night?

How to Move From an Academic Degree into a Fashion Job

Are You Going to the London Fashion Week Festival?