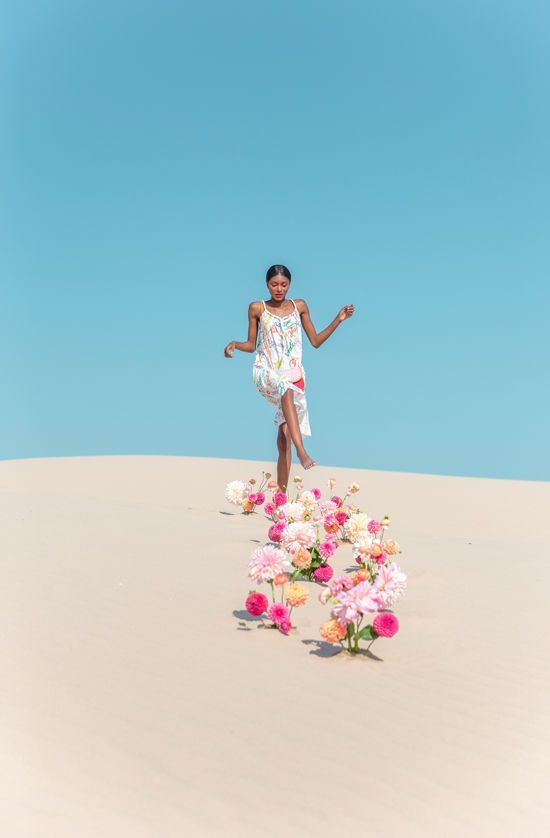 ‘Lila Moss is set to make £1million by the time she turns 18’, a standard inflammatory headline from the Daily Mail. Granted, the DM is trying to ruffle feathers five days after the announcement of Moss Jr’s as the face of Marc Jacobs Beauty. But the headline is effective because it certainly does rankle. Lila Moss is a beautiful girl but she certainly didn’t win the campaign on merit alone. In fact, in an Instagram post to launch the campaign, Jacobs brazenly describes the first time he met the model on a family holiday to Ibiza. She was six years old.

Lila Grace, as Jacobs affectionately calls her, is not an individual phenomenon, she follows in the footsteps of Kaia Gerber, Georgia May Jagger, Lily-Rose Depp and the Hadid Sisters. But nepotism in fashion is not limited to models. Stella McCartney apprenticed with her father’s tailor on Savile Row. While Simone Rocha worked in her father’s studio as a teenager.  I could go on.

It is not news that nepotism is a powerful force in the fashion industry. As in all fields, it contains a multitude of careers accelerated by connections. This is not to say that these achievements are undeserved. Rather, that having the right contacts can help you get ahead quicker. Unfortunately, we can’t all call on our parents to secure internships at French couture houses but there are other ways to benefit from nepotism.

Fashion’s Nepotism Opportunity: Talk About Yourself

Be open about your ambitions, tell your mum’s friend from the gym about your dreams to work for Man Repeller. Talk to your neighbour about your studies. When a ‘proper adult’ asks you about what you’re going to do next, be honest. They may have a contact from uni or family member who could help you out. Bobbi Brown got a regular slot on The Today Show, after a chance conversation with the grandmother of the programme’s producer. In fact, Brown’s path to launching her eponymous Makeup brand is littered with fortuitous chats fostered by her openness.

One of the greatest misconceptions about nepotism in the workplace is that it helps people land their dream role. Maybe for the daughters of supermodels but not so here, on planet earth. More often than not, nepotism manifests as a distant contact in need of a trusted person who can fill a role at short notice. Said contact has no time to advertise and interview for the role so they just want someone who’s been recommended. They’ll probably moan about this one Sunday over a family dinner. At this point, their sister-in-law (who happens to be your mum’s friend from the gym) will say she knows someone who’s looking for a role in fashion marketing.

Fashion’s Nepotism Opportunity: Get your foot in the door

Fear not if you haven’t got any family/friends to give you a leg up. Just getting into a fashion company can get you some quality nepotism coin. Take PYT founder Dior, she landed a PR role at Burberry after working on their sample sales and making an impression on a member of the security team she worked with. Which brings me to my final nugget of nepotism gold…

The fashion industry is small. Everyone knows everyone. So reputation is currency. Work hard, be polite, reliable and always try to behave in a way that you’re proud of. Employers avoid giving negative references to avoid legal action but in small communities like the fashion industry, it’s the unofficial recommendations that matter most.

TOP TIP: Build a network of fashion friends. They’ll make introductions, give you a heads up on upcoming roles and more. Invaluable at every stage of your career!

In a fashion utopia, opportunities are awarded on merit only. We’re not quite there yet so in the meantime think of nepotism as a friend, not a foe. Use it to your advantage and create your own black book of contacts. If you can’t beat them, join them. It’s a cliche for a reason.

How to Succeed and Adjust at Your New Job