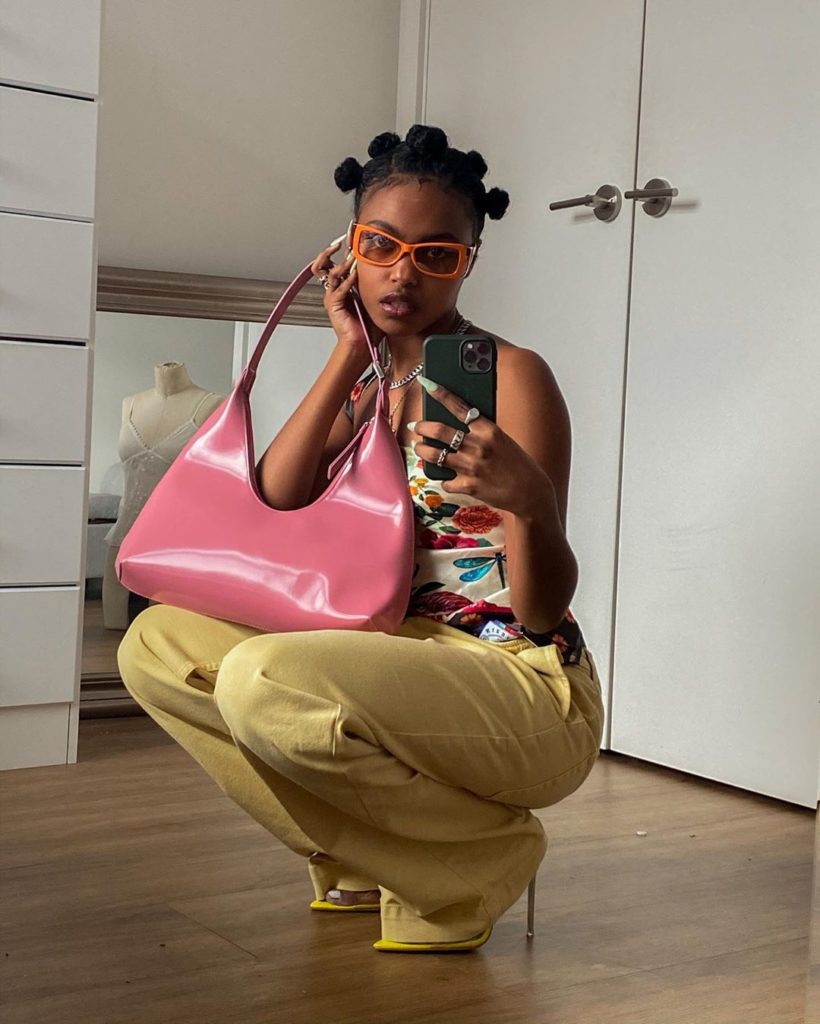 Raise your hand if you downloaded TikTok ‘for a joke’ but then hours later found yourself on a downward spiral of endless scrolling? Yep, that was me too! Before the majority of the world was on lockdown, the Gen-Z loved newbie social media platform TikTok remained the underdog, with many fashion brands and influencers somewhat hesitant to get involved. But as the majority of the world went into quarantine, companies have been forced to increase their digital efforts and experiment with new platforms and technologies. The arrival of big celebrity names such as Justin Bieber and Bella Hadid on the app has cemented the platform as the next big thing as it has become the most downloaded video app in the world.

Seeing 16-year old TikTok star Charli D’Amelio sitting FROW at Prada’s recent Fall 2020 show and Rihanna open her own Fenty Beauty House for the next wave of “sickest”, “illest” and “most creative” content creators on the app (RiRi’s own words); It’s becoming impossible for marketers ignore the growing influence TikTok is having on the fashion industry.

But for those of you who are still getting acquainted, here’s a brief lowdown.

Formerly known as Musical.ly, the app rebranded itself in August 2019 when it was acquired by Chinese company ByteDance. Drawing similarities to Vine, users can upload short videos between 15 – 60 seconds long and edit their videos using sounds, effects and text overlays.

The most popular creator on TikTok is Charli D’Amelio, who now has amassed over 51 million followers. Charli experienced exponential growth on the app, gaining over 5 million followers after just 6 months of joining the app in June 2019. She is now a member of TikTok’s first content house collective in LA, The Hype House.

Executing a successful TikTok campaign involves the creation of unique content, specifically made for the platform. Gen Z has already set the rules here and as a generation that is more adverse to traditional forms of advertising, campaigns need to feel authentic if they are to perform well.

Many beauty brands started paying attention to the app when they realised that products which launched years ago, were starting to see a sudden spike in sales, soon realising that they were going viral on the app as part of challenges. E.L.F Cosmetics understood that popular challenges on the app had catchy lyrics and upbeat melodies. The brand became the first on the platform to launch a hashtag challenge with an original song, teaming up with artist Holla FyeSixWun to create a unique song for their challenge called Eyes Lips Face.

Levi’s also recently became the first brand to use the apps ‘Shop Now’ feature, which allows users to purchase items through direct in-app links. The brand partnered with TikTok influencers and invited them to create their own custom jeans and found that they doubled their product page views.

Whilst an increase in sales is what most brands and retailers usually focus on this as their main ROI when spending advertising budget on Instagram, consider sales as a bonus for your TikTok campaigns, rather than the main goal. Instead, marketers should look to expand their brands’ awareness and increase engagement.

Don’t worry, Instagram isn’t about to go anywhere anytime soon. However, the platform does seem to have re-ignited creators’ excitement to get creative with their content and expand their audience base. When speaking to WWD, fashion influencer Brittany Xavier said that she views the platform as more for entertainment than social media, adding “It’s more of a way to reach a new audience, but also capture and entertain them with a takeaway value.”

So if you’ve been holding off on downloading the TikTok, now is the perfect opportunity to use the time we have at home to leisurely get to grips with the app and call it ‘work’.

If you do fall into a TikTok wormhole and create an account yourself, then make sure to give me a follow! I’ve been watching a lot of KUWTK during quarantine, so I’m currently enjoying doing voice overs to some of the show’s most popular moments…

I tried 5 confidence life hacks and rated them

Common Mistakes When Applying For Digital Marketing Roles in Fashion