Is Overworking Glorified in Fashion? 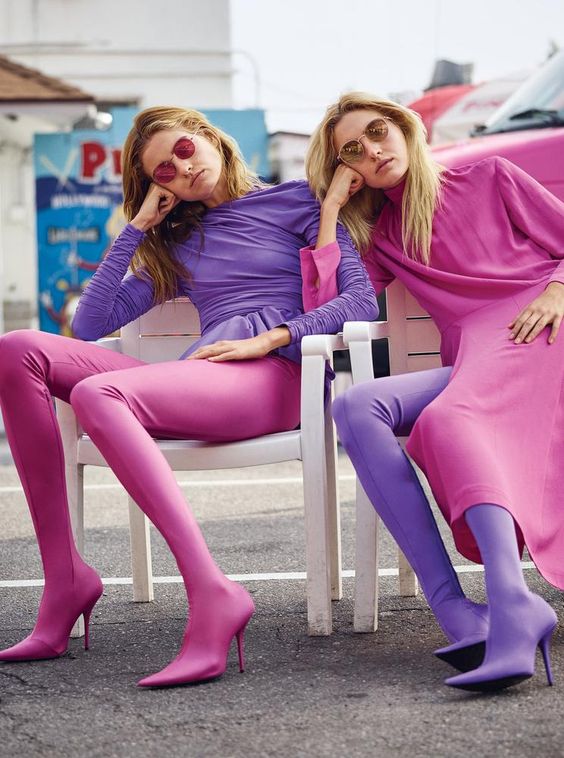 Accounting for approximately 890,000 jobs, fashion continues to be one of the leading industries in the UK. A 2016 study shows that the pressures of overworking caused the average UK employee to not use around five days of annual leave. Some said they had “too much on at work to take time off”, while over a quarter of workers polled actually stated they weren’t allowed to take holiday, as it meant being off at the same time as colleagues.

It’s common knowledge that tech and finance workers run the rat race into to city and compete against each other to stay in the office longer. Has anyone seen Wall Street? Sometimes, it makes sense, because these guys are paid by the hour, by the trade or are working on commission. So the longer they stay, the more they earn. But overwork culture is widespread across high and low wage jobs, and sadly, usually the case in the fashion industry.

The reality of our industry includes staying in the office until dark to meet strict deadlines, ringing couriers in the middle of the night to chase samples, call times at 4am, shooting well into the evening, traveling through various time zones for fashion week and more. It’s all go-go-go.

In one internship I carried out, there was no such thing as a lunch break. Everybody ate at their desk, without even looking away from their screen. It was like some sort of unspoken rule, but nobody was willing to challenge it, and this was just one of many ridiculous expectations. Another was about leaving to go home. Our finish time was 6pm, like most places, but not one single person dared to leave before the boss had given them permission to, even if that meant staying until midnight.

I also recently attended a talk with a high-profile fashion editor on the panel and I asked how I could stand out as an intern? She replied, “Be the first one to show up and the last one to leave.” Seemingly her answer had been inspired by Michael Bloomberg, former NYC mayor, and business tycoon, who promotes a first-in-last-out mindset. He once told Chris Dixon in an interview for his Founder Stories series, “I am not smarter than anybody else, but I can outwork you – and my key to success for you, or anyone else is to make sure you are the first one in there every day and the last one out to leave. Don’t ever take a lunch break or stop working.”

Heck, overwork culture is so bad that in Japan they’ve even got a word that translates into ‘death by overwork’ – karoshi (過労死). When it comes to fashion, it feels like you’ve literally got to be ready to work at the drop of a hat, no matter where you are or what you’re doing.

You’ve got stylists shouting “and that’s a wrap” so you begin to feel a sense of relief that your day is over but then your phone rings and it’s a PR asking for immediate returns. You’ve spent a whole day preparing for a shoot and then there’s a last minute complete change of the brief because of an image they’ve seen on instagram, so you gear yourself for a whole new day of preparation. And gym memberships? We don’t need them, we carry suitcases full of shoes with busted wheels up flights of stairs for a living. Fashion is chaotic, ever-changing and above all, busy.

I believe in giving your job more than just the bare minimum it requires, I believe in going the extra mile, but there’s a difference between making a strong, solid effort and overworking yourself to near death. There also isn’t any doubt in my mind that working long hours sometimes is an absolute must. Let’s be honest here, there just aren’t enough hours in the day when it comes to fashion month, but there has to come a point where you draw a line. There’s plenty of research that proves overworking is counterproductive. Sleep deprivation results in lower cognitive levels and poor productivity, leading to an incapability to perform well. In another study, employees who put in 70-hour weeks didn’t make any more progress than those who worked 56 hours. So basically, that 14-hour difference was a complete waste of time. Surely we’re after quality over quantity, right?

But it’s not just about quality either, overworking raises the risk of mistakes and accidents in the workplace. That’s why in 1914 Henry Ford cut the working-week back to 40 hours from 48, resulting in two days off – the ever-glorious weekend. This was a consequence of a number of safety mishaps and poor productivity amongst employees. After the change work ethic began to flourish and profits sky-rocketed, proving that less is more.

HOW WE CAN FIX IT

If there’s one thing fashion is missing, it’s a union. There can be so many wrong-doings in this industry and without a governing body to turn to, what can we do? Who do we report to? If you feel like the pressure is on to overwork let your other colleagues know, see how they feel about the office environment, maybe they too are suffering. Get yourself a work wife and confide in her. Let your boss know too, as scary as that may seem, if you address the fact that you feel like longer hours are affecting your capability, they’ll surely understand. And if they don’t? Get the hell out of there! Your health is your wealth and never compromise it. Approach your boss at a time when there isn’t a lot going on, and if that time doesn’t exist, choose a quieter day. Friday afternoon is usually a good idea, everyone is in a good mood then. Ensure you reiterate the fact that you are happy to put in overtime when it is really needed but remain that when it’s constant it can become too much.

Take care of yourself, remember balance is key, our jobs are not worth our lives, no matter how much pressure you may feel. Step back, take a deep breath and remember at the end of the day, it’s just clothes!

How Working Overtime Affects Your Body, Mind and Life