Jenna Lyons: The Curse of Being the Face Behind a Popular Brand

INDUSTRY
Can you avoid your life becoming a headline? 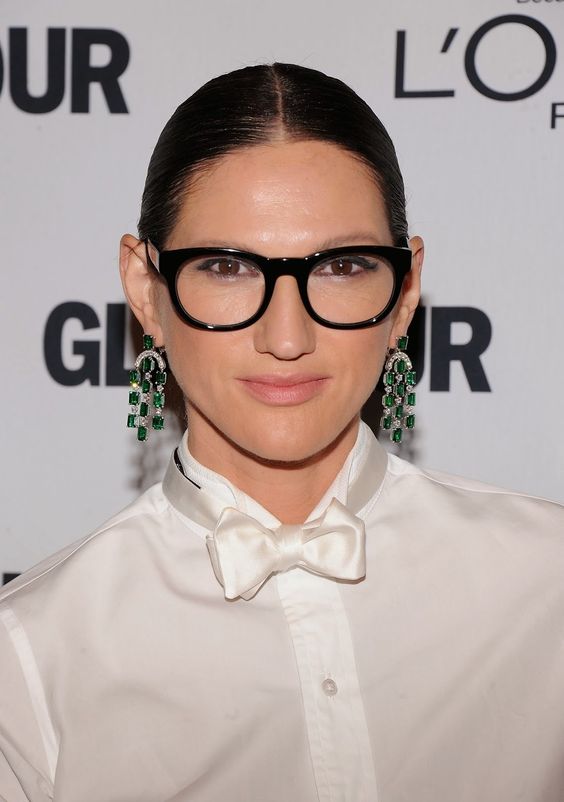 It’s no secret that I L-O-V-E Jenna Lyons! I may have mentioned her in more of our Youtube videos that I care to remember. In instances when my lips aren’t annunciating her name, thoughts of her are likely to be taking casual strolls through my mind. Okay, a slight exaggeration but this story needed context!

In expressing an adoration for Lyons, naturally anyone would break out into a sartorial review of the 6-foot tall, style icons everyday and red carpet wardrobe choices, both surprisingly similar and a nod to true personal style. If you haven’t seen what she wore to Solange’s wedding (they text each other and Solange personally confirmed, via sms, that Jenna could wear THE feather skirt), take a look here, it’s an iconic image of its time.

But in truth, I’m probably the only person that Jenna’s style is a secondary thought to, as her slow climb and long-standing tenure at the all-American clothing giant, J.Crew, is a narrative I find equally as exciting. Jenna’s early years at the brand were as an assistant to an assistant, well before I was even born in 1990, quietly occupying a hallway as her office. Thankfully for Jenna and the great potential she has always carried, she’s no longer the colleague in the corridor, having spent her entire career at the brand rightfully climbing to J.Crew’s highest peak.

Today J.Crew can be described as a personal extension of Jenna, case in point when landing on the companies e-commerce site equals being met by none other than online incarnations of the woman herself. Her signature style lives in every corner of the brand and make no mistake, J.Lyons is the leader of the ‘crew’. When appointed as Creative Director of the company in 2008, her new role meant she was in charge of overseeing, touching and signing off all designs. Subsequently J.Crew’s profits rose and so did it’s popularity amongst the truly style conscious and those looking to attain more than just ‘quality basics’. Along with Mickey Drexler, Lyons saved the failing brand, believing in it from the day she arrived.

Which is precisely why I steered clear of the Business Insider’s 2015 article and many others emblazoned with headlines reading “Jenna Lyons role in the J.Crew slump”. Vicious, ugly and uninteresting to me, I ignored such media and carried on with my life as the president of the J.L fan club. Yet, the articles kept coming and to the surprise of many, though some may call it an inevitable fate, on Monday it was announced that both Jenna and Mickey had arrived at a mutual decision which would see her step down from the company as Creative Director and President. The headlines, this time, were a lot kinder. Each title carefully commemorated the woman that has famously been referenced for ‘dressing America’. Jenna’s exit fuelled a change in tone, reminding magazines of the positive stories they once wrote about her.

Hailed and celebrated once again, I can’t help but question whether the media added to the incredible pressure that Jenna may have felt whilst resurrecting J.Crew from the deep decline in profits they had been facing since 2013. The year following the slump in sales it was reported that Jenna had be asked to ‘tone down’ her self-promotion, citing that her overexposed presence may have contributed to the companies negative sales figures.

The very woman that many regard as a true icon, for not only how accessible and readily available her looks were, but how real and reachable she seemed to be too, had been made to feel as though it was now a dirty thing.

Jenna’s media narrative mimics the rise, fall and rise again of Nasty Gal’s very own GIRLBOSS Sophia Amoruso. An article by Inc. in February 2017, that Sophia publicly lamented, bore the headline “Does the failure of Nasty Gal prove that millennials aren’t ready to lead”. The journalist discredited Sophia’s career. A woman that single-handed created a hashtag used over 5 million times on Instagram alone, a movement igniting the entrepreneurial spirit in all women and a charitable cause supporting creatives and funding their ventures. Yet the article referenced Sophia’s personal fame as a distraction from the brand that it all started from, Nasty Gal, which has since filed for bankruptcy. Yet another example of the double-edged sword of fame and popularity.

Many such cases exist in the fashion industry, causing some to question whether it’s better to live quietly in the shadows whilst the brand, garments and customers do the talking. Others may say that it comes with the territory, the unlucky end of the stick and should be taken with a pinch of salt. Whilst the reality of the situation often leaves a ‘real’ human being feeling battered and bruised by the same hand that once clapped for them and may one day clap again.

There are many variables to be considered in Jenna’s case and in her defence, Lyons’ personal instagram page is a private account, with not a single image uploaded to her feed. The complete opposite sign of an attention-hungry individual. Yet, you may never know, given the announcement that she’s left the only company she has ever worked worked for, J.Crew may just pull a ‘Saint Laurent’ style purge and cleanse their social channels of all things Jenna. Which is something I strongly doubt, given that she practically shares DNA with the brands aesthetic. 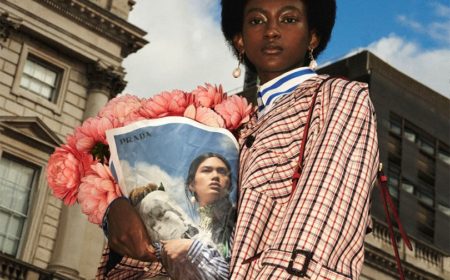