Life After Graduation: I’m a Videographer at Confetti Crowd 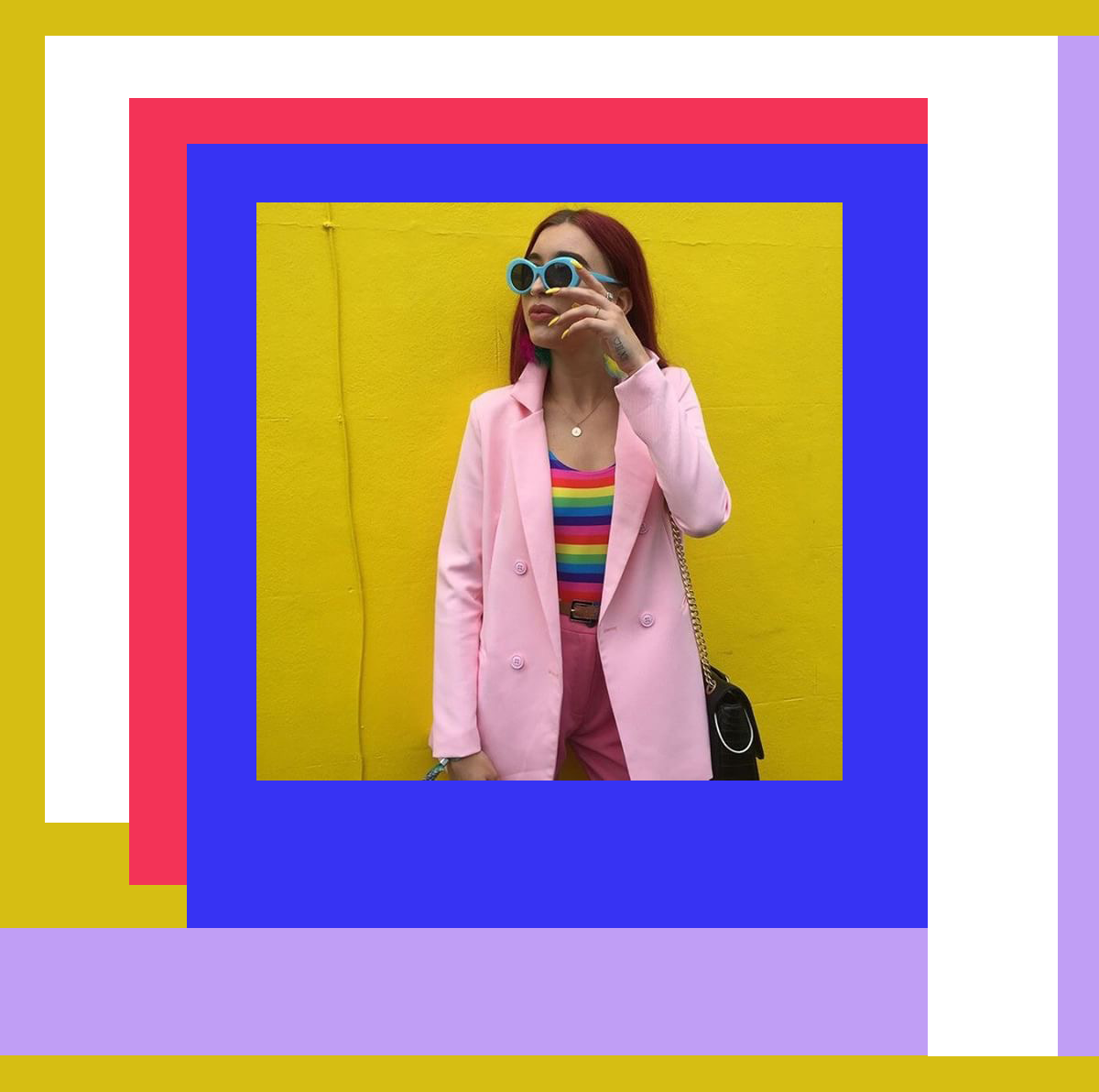 Every Wednesday we’ve been profiling a bunch of brilliant girls in our ‘Life After Graduation’ series – all of which have secured jobs less than 6 months after leaving university. This week we have the bold and beautiful Alicea, who discovered a passion, turned it into a skill and then a dream job at Confetti Crowd.

I personally love Confetti Crowd and their brand ethos. What drew you to apply for a job there?

For my final major project, I created films inspired by female empowerment and colour, which coincided perfectly with Confetti Crowd as that is what they embody. I loved the fact they are all girl bosses and how unique they all are, yet they fit harmoniously into the most colourful group!

What is a typical day like at work and what are your responsibilities?

am firstly the Confetti Crowd videographer, this includes me attending festivals/events with them and capturing their adventures on film. Which I then edit into fun colourful after-movies. I’m also their assistant, so my responsibilities vary from looking after their social media to uploading their content onto youtube.

Where are the best spots in London to network with creatives?

Mostly events such as London Fashion Week or launch nights. I filmed for UCA design graduate Billie Jacobina at her SS18 collection show and met so many other creatives in the crowd, who were either there working as well or just there for fun. However, one of the best ways for me connecting with other creatives is through social media.

“After uni, I still felt I had so much to learn, so I bought

Did you intern whilst at University?

Instead of long-term internships, I did different short term jobs such as being a dresser backstage at fashion week and helping small brands look after their social media. As well as studying abroad in Australia, which was incredible.

What were the key things you learnt through your exchange in Australia?

I learnt a lot about connecting with other people, I had to make new contacts on a daily basis as sources for my journalism class. I constantly put myself out there which built my confidence. I learnt that if you truly put your mind towards something you can do it, as I had to persevere through classes I didn’t particularly enjoy. As well as learning how to balance the masses of work with going to the beach 🙂

Have you always known what you wanted to do after University?

Most definitely not! For me, all I knew was I was addicted to creating. Coming up with concepts and ideas in my head and bringing them to life through styling and photoshoots was what I loved. It wasn’t until my second year, when I fell in love with film, that I began to figure out the career I want.

What did you definitely NOT want to do in the industry?

PR is something I am least drawn to, as this was the pathway I least enjoyed during my time on the Fashion Media and Promotion course. However, never say never!

When did you start looking for jobs?

When finishing uni, my plan was to have a gap year to go travelling. However, I come across an Instagram post from the Confetti Crowd stating that they needed an intern and I thought I couldn’t let this opportunity pass me by. So I applied and the only date they could interview on happen the be the exact same time as my final showcase at uni. Unfortunately, I had to miss the interview but a week later they emailed me saying that they loved my work and it was too good to pass up, so they created the role for me as Confetti Crowd Videographer.

“Don’t be afraid to put yourself out there!

Just remind yourself that doubt kills more dreams than failure will.”

How did you approach the job-hunting process?

When I was in uni, I was looking for job titles I wanted to apply for (initially this was preparation for after my gap year!) on various websites such as Fashion Network, LinkedIn and going directly to company networks of places/brands I would have liked to work for.

Whats has been the biggest learning curve in your new role?

For me it to always think ahead. With my edits I like to review all the content and then decide on the type of vibe I think it could potentially be – then I’ll edit to this vision. A big learning curve for me has been keeping the learning process going after graduating. After uni, I still felt I had so much to learn, so I bought film books and created a technology plan so I could teach myself more editing skills via websites/youtube tutorials. So personally, I feel my biggest hurdle will be, to be 100% confident in my work/skills.

And finally, what advice would you give to current students and graduates looking for a job?

For students, work really really hard, you get out what you put it! Embrace every moment because it will be over before you know it, and have fun. You’re free to experiment and go crazy. Cherish your time studying because it will shape you into who you’re meant to be.

And for graduates, don’t be afraid to put yourself out there! Just remind yourself that doubt kills more dreams than failure will. If nothing’s going to plan, just persevere and keep going. You can do it!!!

For more from our ‘Life After Graduation’ series, check out:

Life After Graduation: The Role of a Trainee Fashion Buyer

Life After Graduation: How I landed a job at Sophia Webster