The Day-To-Day Life Of A Fashion Stylist in London

9 to 5
Lydia Russell, 25, is a first Assistant to David Bradshaw. Beating her own career predictions, she arrived in her dream job a lot quicker than she could have imagined. 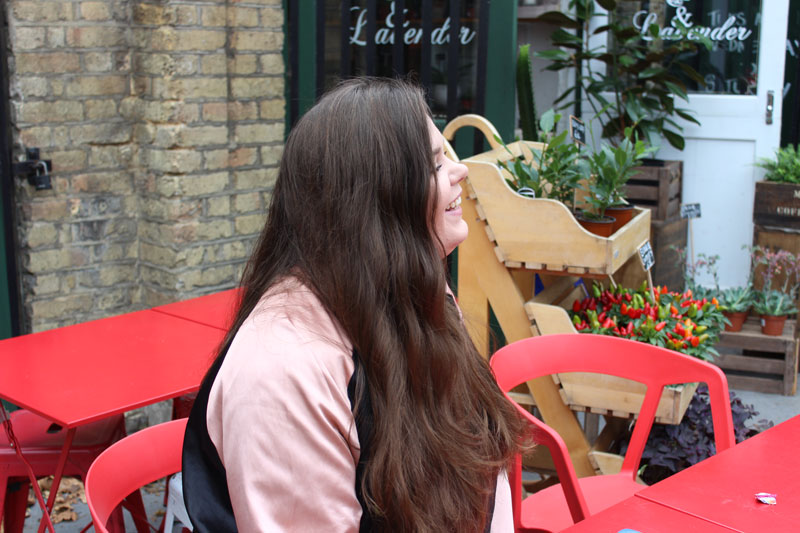 Lydia Russell, 25, is a first Assistant to David Bradshaw. She has been in her current position for 1 year but has always wanted to be a stylist. Beating her own career predictions, she arrived in her dream job a lot quicker than she could have imagined.

My job is not …glamorous and you have to wear trainers! It involves a lot of suitcases all the time but I’m still very much in love with the clothes.

I arrive at work …at 10am. Our office is in Victoria Park, so I walk the 30 minute journey into work everyday. When I get in I’ll make myself and David a good morning coffee, I stick to a black coffee – Need it! 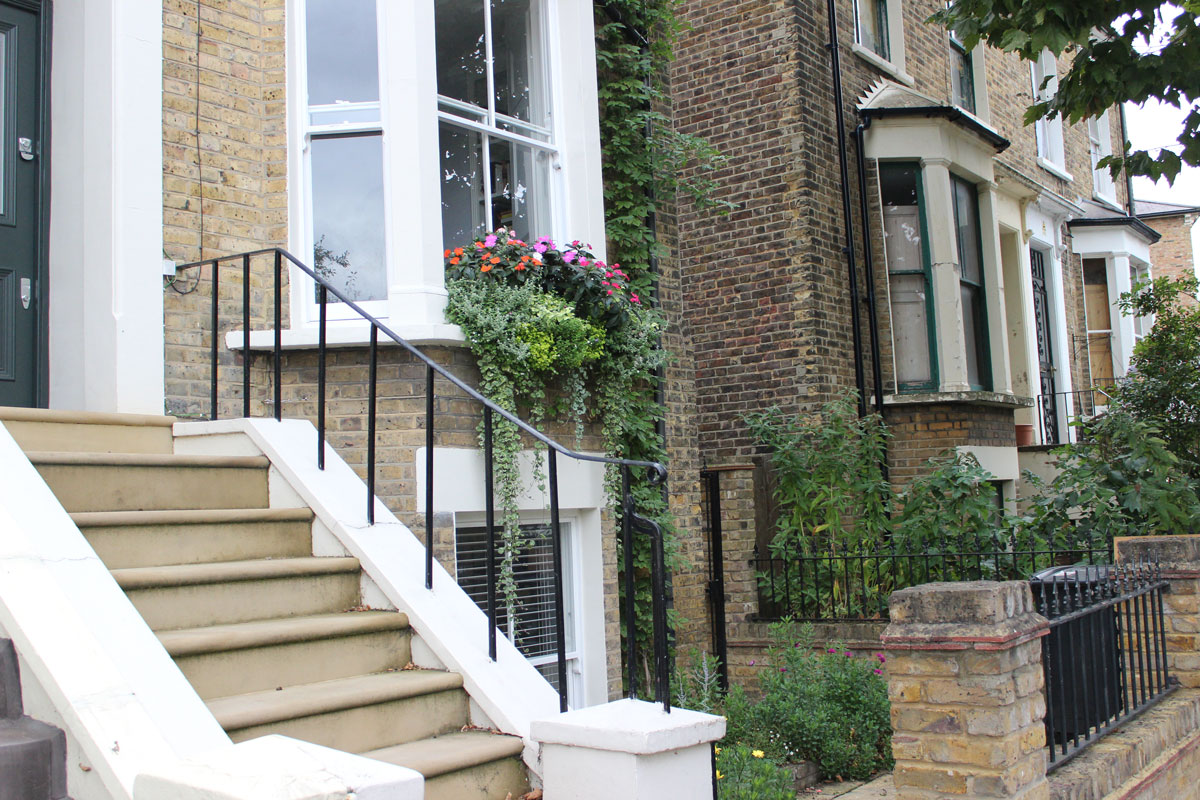 I will normally wear …black, I don’t wear any other colour. So I generally wear a black t-shirt, black jeans and a pair of trainers. Always trainers! I probably have 15 pairs of trainers, all for different things.

“If I’m doing a show, I’ll wear my fancy trainers.

But it’s generally a Stan Smith for day-to-day.”

As a stylist, I am responsible for …my bosses’ schedule and general everyday tasks. When it comes to shoots I will call in all the clothes, making sure we have all the looks that we need. I’m speaking to production, photographers for location ideas, cast models and general logistics.

When on set I make sure everyone is there on time, prep the looks, keep track of what is being shot – essential for the credits. It’s really important to keep track of looks and I’d always take a picture of each look on my phone. It’s a personal phone but it’s full of work images. There’s just not enough storage on these iPhones. Every week I try and have a photo clear out in preparation for the next shoot.

I start my working day …by catching up on emails before I even get out of bed and get rid of all the spam. I’ve got so many folders like ‘Milan’ or ‘Accounts’, so I’ll move them all into their folders all whilst in bed. When I get to the office I’ll go through it. Top priority always goes to emails from my boss or anything from the ‘Milan’ folder. You have to have a good email system going.

My team is me and my boss. The wider team in Milan aren’t typically in contact everyday so it’s mainly me and David.

My typical day …If we’re shooting abroad it’s pretty much the same as if we were working in London. Wake up very early and travel to the studio, I usually stay with a friend when in New York. I’ll arrange all the clothes on rails in brand order. Also, my big and small prop kit needs to be ready. I’ll then do all the team introductions, such as photographers, production etc.

“You need very good relationship skills and it’s so important

to introduce yourself to everyone on set.

There are usually loads of people and you don’t want to miss anyone.”

Model call time is always an hour later than ours but prior to them arriving there will be a meeting with the teams about the ‘look’ and today’s set.

Then it’s first looks, generally, the first few shots take a bit longer because you’re trying to get the mood right – roughly around 2 hours for the first and second look. But once the flow kicks in everything else is pretty smooth.

A ‘special’ moment happened …on my first ever campaign shoot as First Assistant in PALM SPRINGS! I was expecting the shoot to campaign in London but about a week and a half before I was told that they were thinking of going abroad. Flights weren’t booked until about 5 days before so it was all up in the air (No pun intended). The main moment, which sounds so cliche, was coming out of the airport and being greeted by the driver. It was incredible, we shot in the middle of the desert in the salt flats. It was an incredible experience.

I am most challenged by …when it’s not busy because I hate NOT being busy. Typically in August fashion is really quiet so I get the whole month off. By the second week, I was spending way too much money and wishing to be back at work.

The best part of my job is …just doing what I love. I’m working with a really great stylist that I’ve admired for a long time. I feel like I’ve found my space in the industry, I’m comfortable but constantly challenged. 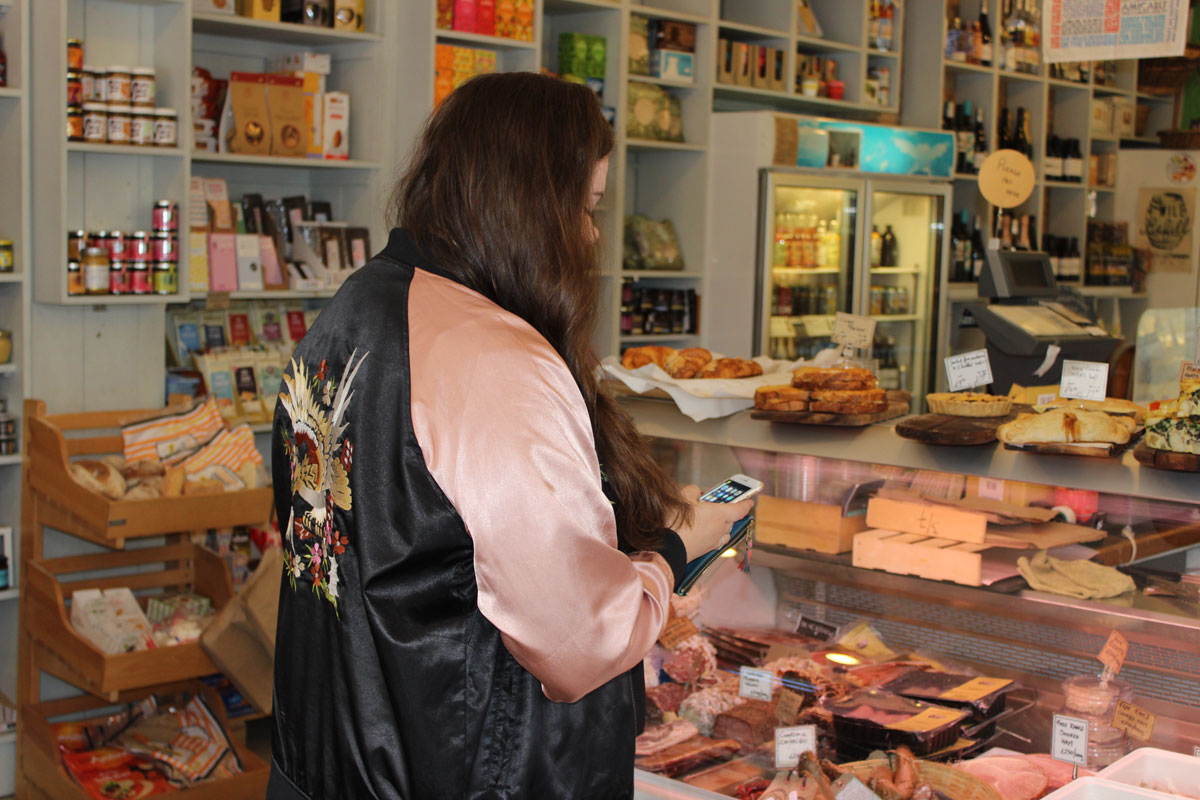 My hours are 10am – 6pm and but …I never really leave at that time. It depends on whether I’ve made evening plans. Most times I’ll be working and end up looking at the time and being like “Oh it’s 7pm”. I’ve started this new thing where I actually go to the gym, so that’s where I’m trying to be in the evenings. But a lot of the time I’ll just go for drinks. 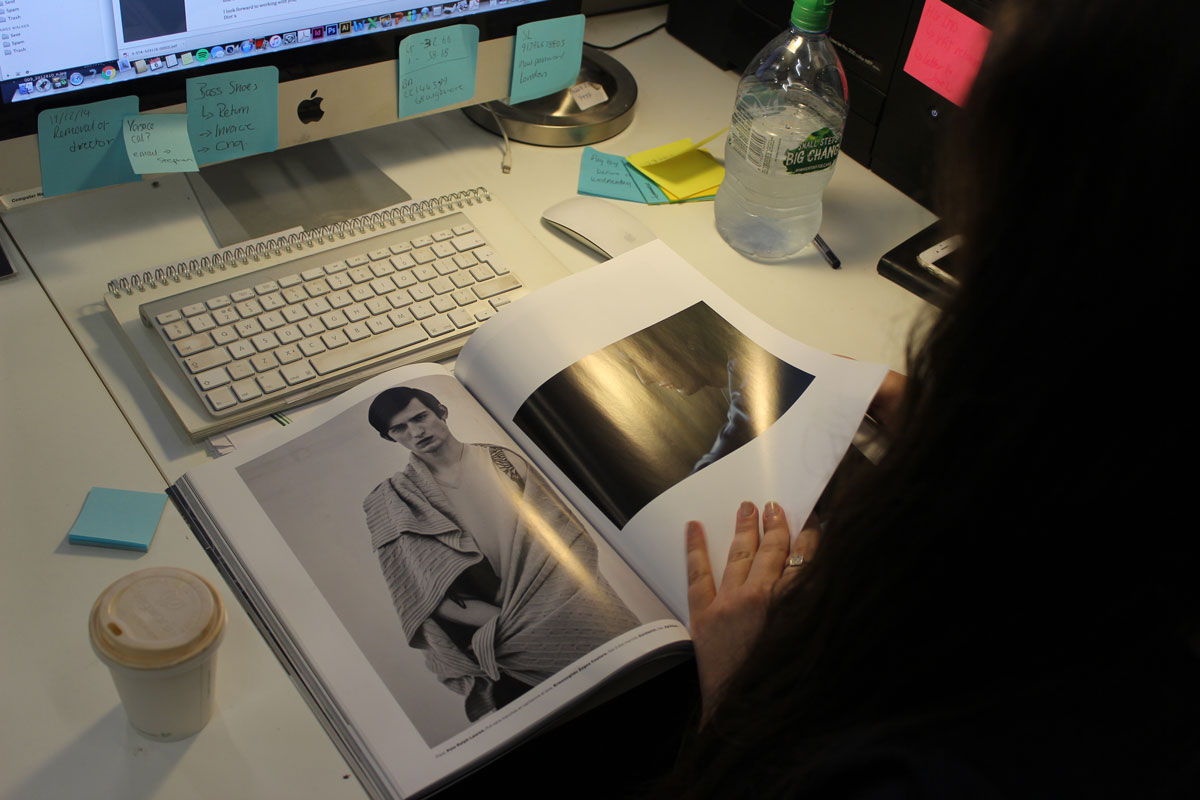 I got my job …I studied Fashion Promotion at UCA and graduated in 2013. I got an internship with my bosses brand, Hunter Gather, over LCM and it was supposed to be 7 days. But after that, I got a month’s probation period and then a full-time position with the brand. That was literally the same week as my graduation!

So, I was the studio manager for the brand for 2 years, which was everything you can think of. Very challenging but such valuable experience! Then a year ago I was asked to be David’s first assistant, which had always been my main goal.

When I graduated I literally thought I’d have to intern for 5 years, as in styling a bit and working part-time somewhere else. So to be in this position with David after 3 years, I still have to pinch myself. Working with all the top brands, photographers and magazines is pretty incredible.

My advice to anyone looking to become a First Assistant …Throughout the whole of Uni I interned, so INTERN LOTS! Even in my final year, I interned twice a week. Any chance you get, just try and do your best to get out there. I was working 8am to midnight every day but that set me up to expect long hours. So when I got my ‘real job’ I thought “Oh, this is actually a lot easier”.

When you meet someone new, get them on Instagram. People will advise you to get their email but nobody checks emails more than they check Instagram. Keep liking their pictures and you’ll be noticed. If you’re doing cool things they’ll get in touch, that’s the way it is at the moment.

“Generally as a stylist’s assistant, you get a day rate which depends

on your level and experience. As as overview it often starts from

One thing young creatives may not know is that stylists aren’t shooting every day and there is quite a bit of office-based work. You can’t possibly shoot every day because you have to call in clothes. You also are sitting on vogue.com for quite some time.

3 Essential Workplace Skills that no one Tells you About

Moving to London for a Fashion Job? 3 Things You Need To Know 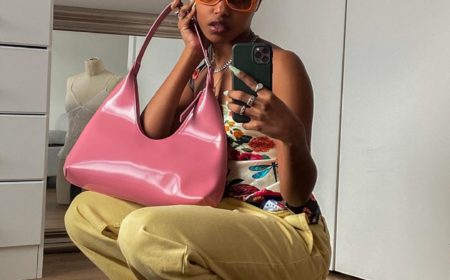 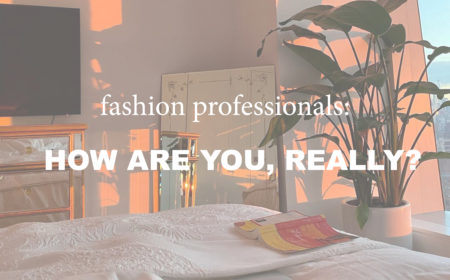 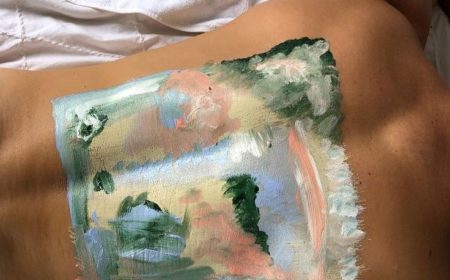